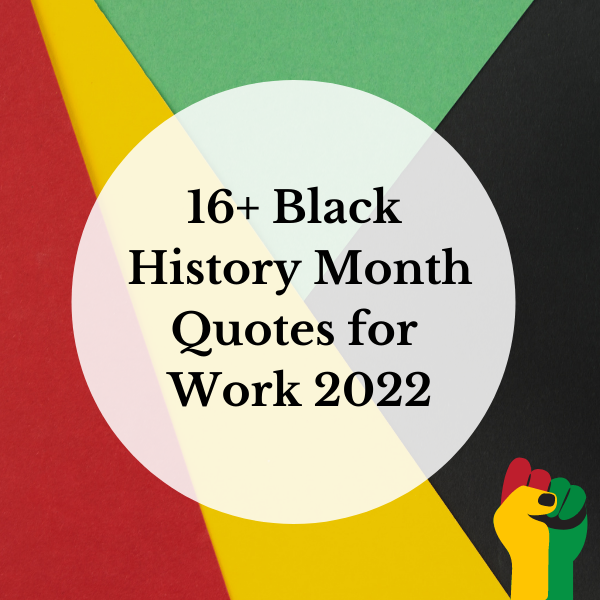 Inspire and educate your team with these Black History Month quotes for work 2022. In this list, you’ll find quotes from Civil Rights leaders, inventors, authors, scientists, and more. As a result, your company can start each day of Black History Month 2022 with a thought provoking or encouraging quote. 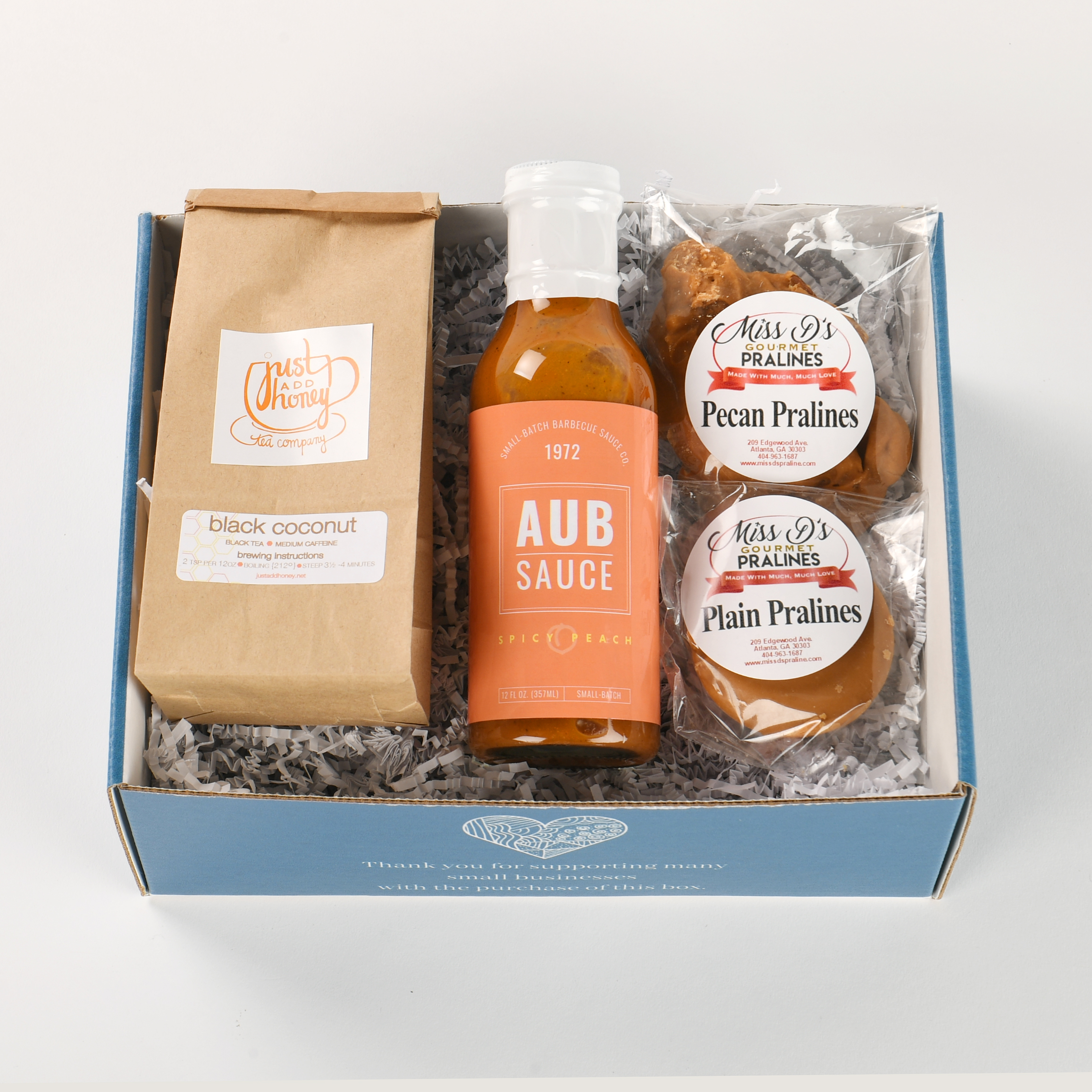 What is Black History Month?

Black History Month is a month to celebrate the accomplishments and the history of Black people. Additionally, this is a time to recognize the unjust treatment of Black people throughout history as well as systemic injustices that persist today.

As a result, Black History Month is an opportune time to demonstrate your company’s commitment to diversity, equity, and inclusion. Whether you choose a fun team-building activity, a thought provoking dialogue, or a hands on social justice project, Black History Month can be a time of connection and learning for your team.

How to Share Black History Month Quotes with Your Team

Each morning of Black History Month, you can send your team an email with one of the quotes from this list. As a result, everyone will start their day feeling inspired and energized. To deepen the connection, invite people to “reply all” if a quote particularly moves them. Another idea is to assign other people on your team to take turns sharing quotes each day.

Create a #blackhistorymonth Slack channel to inspire connection, dialogue, and insight. Here, you can share quotes along with miscellaneous Black History Month trivia or milestones. Furthermore, a Slack channel is a great place to get everyone involved in the conversation, sharing their own ideas and reactions.

Start Team Meetings with a Quote

Incorporate Black History Month into your virtual team meetings. To do this, start your departmental meetings with a Black History Month quote from this list. Spend the first five to ten minutes of the meeting going around and hearing everyone’s reflections about the quote. 1. “Injustice anywhere is a threat to justice everywhere.”

– Dr. Martin Luther King, Jr., Civil Rights leader. MLK, Jr. is remembered around the world for his vision of equality and his incredible leadership of the Civil Rights cause.

2. “I prayed for freedom for twenty years, but received no answer until I prayed with my legs.”

– Frederick Douglass, social reformer and national leader of the abolitionist movement. Incredibly, Douglass escaped from slavery in Maryland and wrote three autobiographies. For example, you may have read his most well-known work, Narrative of the Life of Frederick Douglass, an American Slave, in school.

3. “If they don’t give you a seat at the table, bring a folding chair.”

5. “I lost most of my friends. Their parents had told them to stay away from me, because they said I was crazy. I was an extremist.”

– Claudette Colvin, Civil Rights trailblazer. Around nine months before Rosa Parks refused to give up her bus seat in 1955, 15-year-old Claudette Colvin did the same. At that time, Colvin was arrested for her refusal to move from her seat in the middle of the bus in Montgomery, Alabama. Because Colvin was pregnant and unmarried at the time, her story was not as widely shared. Today, many people still don’t know about her courageous act of defiance.

6. “Bringing the gifts that my ancestors gave, I am the dream and the hope of the slave.”

– Ibram X. Kendi, author, historian, and anti-racism activist. In recent years, his book How To Be An Anti-Racist has gained popularity in the wake of social justice protests. In fact, Dr. Kendi is a #1 New York Times bestselling author of eight books. Additionally, he serves as Andrew W. Mellon Professor in the Humanities and the Founding Director of the Boston University Center for Antiracist Research. Time named him one of the 100 most influential people of 2020. Finally, Dr. Kendi was awarded a 2021 MacArthur Fellowship, popularly known as the Genius Grant. 8. “I have learned over the years that when one’s mind is made up, this diminishes the fear; knowing what must be done does away with fear.”

– Rosa Parks, Civil Rights activist who refused to give up her bus seat to a white person in 1955. As a result of Parks’ actions, the Montgomery Bus Boycott took place from December 1955-1956. This social protest ended when the Supreme Court declared the Alabama and Montgomery bus segregation laws unconstitutional.

– Muhammad Ali, known as the greatest heavyweight boxer of all time. Even today, Ali is remembered as one of the most celebrated sports icons in history. Additionally, Ali was a poet and Grammy nominated spoken word artist, philanthropist, writer, and actor.

10. “I learned that courage was not the absence of fear, but the triumph over it. The brave man is not he who does not feel afraid, but he who conquers that fear.”

– Nelson Mandela, former first President of South Africa and anti-Apartheid leader. As a revolutionary activist, Mandela was arrested repeatedly and even sentenced to life imprisonment. Because of incredible global pressure, Mandela was released after serving 27 years in prison. Then, Mandela fought alongside other leaders to end apartheid and became the first President of South Africa. After his term ended, he continued to devote his life to charitable and humanitarian work.

11. “Don’t let anyone rob you of your imagination, your creativity, or your curiosity. It’s your place in the world; it’s your life. Go on and do all you can with it, and make the life you want to live.”

– Mae Jemison, the first African American woman to travel in space. Jemison is a former NASA Astronaut, Doctor, and Engineer. Additionally, she has been inducted into the National Women’s Hall of Fame and the International Space Hall of Fame. 12. “I am a product of every other black woman before me who has done or said anything worthwhile. Recognizing that I am part of history is what allows me to soar.”

– Oprah Winfrey, TV producer, talk show host, cultural icon, author, actress, and philanthropist. Oprah was born to a single teenage mother in poverty in rural Mississippi. During her teenage years, she worked her way up in television production. Then, at the age of 19, she became a co-anchor on the local evening news. Eventually, she launched her own production company and talk show. Winfrey was once the world’s only Black billionaire. Additionally, she was awarded the Presidential Medal of Freedom in 2013.

13. “We have always been wonderful. I see us reflected in the world’s most heavenly things. Black is king. We were beauty before they knew what beauty was.”

– Beyoncé Knowles, 28-time Grammy award-winning singer, songwriter, actress, and icon. In fact, Beyoncé is the most-awarded female artist of all time, and one of the best-selling artists of all time.

14. “Like that poem that Maya Angelou said, that we are the hope and the dream of a slave. If you think about what the slave had to go through, and then the life that we are privileged to live — I wouldn’t want to be any other color…I’m really proud to wear this color every single day of my life.” 15. “I can accept failure. Everyone fails at something. But I can’t accept not trying.”

– Michael Jordan, the greatest basketball player of all time. During his time in the NBA, “MJ” helped popularize basketball. That’s because people around the world looked up to Michael Jordan for his incredible skills on the court. Additionally, Jordan is known for his competitiveness and devotion to the sport. As a result, MJ became a pop culture icon, popularizing Air Jordan sneakers and starring in the Space Jam movie. All in all, Jordan played in the NBA for fifteen seasons. He was also voted MVP six times and won six championships with the Chicago Bulls.

16. “Developing a good work ethic is key. Apply yourself at whatever you do because that work ethic will be reflected in everything you do in life.”

– Tyler Perry, producer, director, actor, screenwriter, author, entrepreneur, playwright, and philanthropist. Once the highest-paid man in entertainment, Perry continues to have a tremendous influence on Hollywood and the world. In fact, Time named Tyler Perry as one of the most 100 Influential People of 2020.